For more than a century, marketers and advertisers have turned to psychology for insights into the human mind, hoping to make more effective appeals to their audiences.

In 1903, Northwestern University professor Walter Dill Scott published his important book The Psychology of Advertising, sparking conversations about subconscious motivations for buying that continue into the present day. In the 1920’s and 30’s, Edward Bernays—an early public relations giant who would later be called “the father of spin”—relied heavily on the work of his uncle, Sigmund Freud, in crafting a theory of advertising based on manipulating consumer anxieties.

At Free Range, our own focus on “empowerment marketing” is grounded in psychologist Abraham Maslow’s pioneering work on the “hierarchy of needs.”

Of particular interest to brand-oriented marketers, though, is Swiss depth psychologist Carl Jung. His theory of a “collective unconscious” has had a huge impact on brand storytellers, strategists, and marketers who want to communicate the essence of a brand in a way that will impact an audience at a deep—or even unconscious—level. 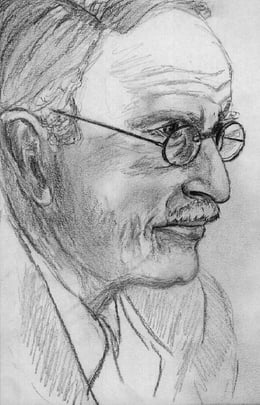 Specifically, Jung’s well-known theory of “archetypes”—powerful symbols and images supposedly grounded in the collective unconscious, and therefore shared by all human beings—has been adopted by marketers and the business community in general as a useful tool for coming up with brands that directly address certain human wants and needs.

There are many simplified, actionable frameworks based on Jung’s original ideas. These tools can and do help marketers create memorable brand identities that stand out from the crowd. In some special cases, they may even provide value to the culture at large.

But, as you might have guessed from the title of this blog post, there is a dark side to archetypal thinking—one that we, as brand storytellers, need to address if we’re going to use archetypes ethically and responsibly.

The Racist Origins of Archetypal Thinking

Jung, like many White psychologists of his day, had an unfortunate attachment to a hierarchical theory of consciousness—the false belief that certain races of people are more or less evolved in their thinking, cultures, or habits than others, with so-called “primitives” at one end of the spectrum and “civilized” peoples at the other. As the British Psychotherapy Foundation puts it:

“Although Jung’s overall approach was symbolic, his thinking becomes racist when he equates primitive states of mind (unconscious process) with so-called ‘primitive’ people, seeing the psyches of black people as less developed and inferior to those of white people.”

An examination of Jung’s letters, research notes, and other documents reveals that this bias had a big impact on the development of archetypal theory. Because Jung believed that his Black interview subjects were inherently less intelligent and sophisticated than their White counterparts, he felt justified in applying a completely different research methodology to them.

Specifically, when working with Black subjects, he gathered less data, and interpreted it more loosely, than he might have otherwise.

Jungian psychoanalyst Fanny Brewster provides a detailed illustration of this problem in her essay “Wheel of Fire: The African American Dreamer and Cultural Consciousness.” In this paper, Brewster details Jung’s 1912 visit to the United States, during which he interviewed several Black subjects at St. Elizabeth’s Hospital in Washington, D.C. Jung hoped to analyze their dreams in light of his then-rough theories of archetypes and the collective unconscious.

According to Brewster, “one of the patients told of dream imagery that Jung believed reflected the Greek myth of Ixion [a man tied to a wheel of fire]. Jung later states that this patient’s dream validated his own belief in the universality of the archetype [...] Though Jung states his example is not conclusive, it is this single example that verified his theory of the nonracial aspect of the unconscious.”

Jung, in other words, heard that his Black subject had dreamed of a man being punished on a wheel, and instantly made the connection to a European mythological figure—thereby ignoring possible connections to the man’s own experience as part of an African-American culture (which, as Brewster points out, are many). In the process, he committed the scientific no-no of testing a hypothesis with a desired conclusion already in mind.

Then, he used this single data point to conclude that his theory of archetypes was universally correct, meaning that his Eurocentric approach could be equally applied to White and Black subjects alike—making his conclusion an example of both racism and bad statistics.

What does this mean for us, here in the branding world?

To put it bluntly, as brand storytellers, we need to come to terms with the fact that Jung’s archetypal thinking probably isn’t the culture-transcending skeleton key to human motivation we’d all been hoping for. Like any tool, Jung’s system was influenced by the conditions surrounding its creation—in this case, a worldview that dismissed the experiences of Black Americans, and non-White peoples in general, as less relevant than White experience.

The resulting theory, while undeniably useful in many contexts, is at its core Eurocentric—it uses myths and legends drawn from cultures in one relatively small part of the world to make assumptions about the psyches of people everywhere.

At best, relying solely on such a framework gives us a limited understanding of the audience we’re trying to reach, which should set off alarm bells for any marketer who wants to communicate the benefits of a product or service as effectively as possible. At worst, it contributes to the erasure of non-White stories and experiences—which, in or out of a business setting, is just plain wrong.

How to Use Archetypes Responsibly

So, is it time to #CancelJung, set fire to our brand strategy frameworks and slide decks, and start all over from scratch?

Not necessarily. While we marketers have definitely got our work cut out for us, there may still be a way to make use of what is great about archetypal thinking, while acknowledging and watching out for its potential pitfalls.

As Brewster points out, in the realm of psychotherapy, “Jungian psychology has proven to be helpful to many Americans [...] Yet we need continued development of thought that deepens our recognition and understanding of how Jungian psychology can be successfully integrated into that which is a uniquely American culture.”

In other words, Jung’s psychological theories, including archetypal theory, are not turnkey solutions that can be applied as-is, anywhere on earth. They require a skilled analyst who can adapt the general principles to a particular culture and individual.

In the same way, marketing frameworks grounded in Jung’s work are not a one-size-fits-all answer to the challenges of brand storytelling. Common strategy exercises like the “12 branding archetypes” are, at most, a starting point. They can help get ideas flowing—but they are no substitute for an in-depth understanding of the audience one is trying to reach.

Brand storytellers can, and should, adapt their approach to archetypal thinking on a case-by-case basis, considering a wide range of ideas and symbol sets to meet the needs of diverse audiences.

Some marketers are already hard at work coming up with ways to adapt the rigid, monocultural frameworks of the past to the reality of our multicultural world.

Multicultural marketing strategist Marina Fillipelli, for instance, argues in a recent blog post that a multicultural messaging approach can’t simply be tacked on to a marketing plan designed for a “general” (read: White middle class) audience.

In her words, “when a strategy that seemingly only focuses on the general market fails to integrate segmented messaging also, money is very easily left on the table.”

More specifically, when strategists fail to incorporate multicultural thinking from the start, they are forced to hire expensive consulting partners after the fact to help them jury-rig less-than-ideal solutions—leading to lower profits for the agency, and sloppy messaging for the client.

Like Jung, marketers who unconsciously equate White consciousness with an abstract “general” human consciousness run the risk of talking past people and cultures with unique experiences. Unlike Jung, they also stand to waste a whole lot of billable hours in the process.

When it comes to brand archetypes in particular, a willingness to let them shift—or “wiggle,” as brand strategist Chris Konya put it during a recent 4A’s Stratfest—can give us the flexibility we need to adapt Jungian thinking to new circumstances. At Free Range, for instance, we use a custom set of expanded, modified archetypes in our workshops in an effort to break away from the more typical set of 12, and encourage original thinking. While this exercise wasn’t developed specifically to address the problems in Jung’s approach, it does give us the flexibility we need to fit archetypes to circumstances.

This is, of course, only one step in the process of getting to know a client’s audience, which also requires a willingness to listen and update strategy as necessary.

In spite of its very real shortcomings, Jung’s approach to human psychology has a lot to offer. As Brewster puts it, while the man himself drew unwarranted, racist conclusions from his research, “his knowledge of world mythology, religion, and social customs was extensive, and through his travels and study, Jung laid the groundwork for Jungian psychology to proceed with an emphasis on the awareness of cultural differences.”

In other words, archetypal thinking isn’t dead in the water. Far from it—the ingredients for an inclusive framework are there, grounded in Jung’s valuable insight that myths, stories, and symbols have at least as much power to connect as they do to separate. Our job as marketers is to carefully use the tools we’re given to tell stories that help our clients accomplish their goals—and help their audiences live empowered lives. 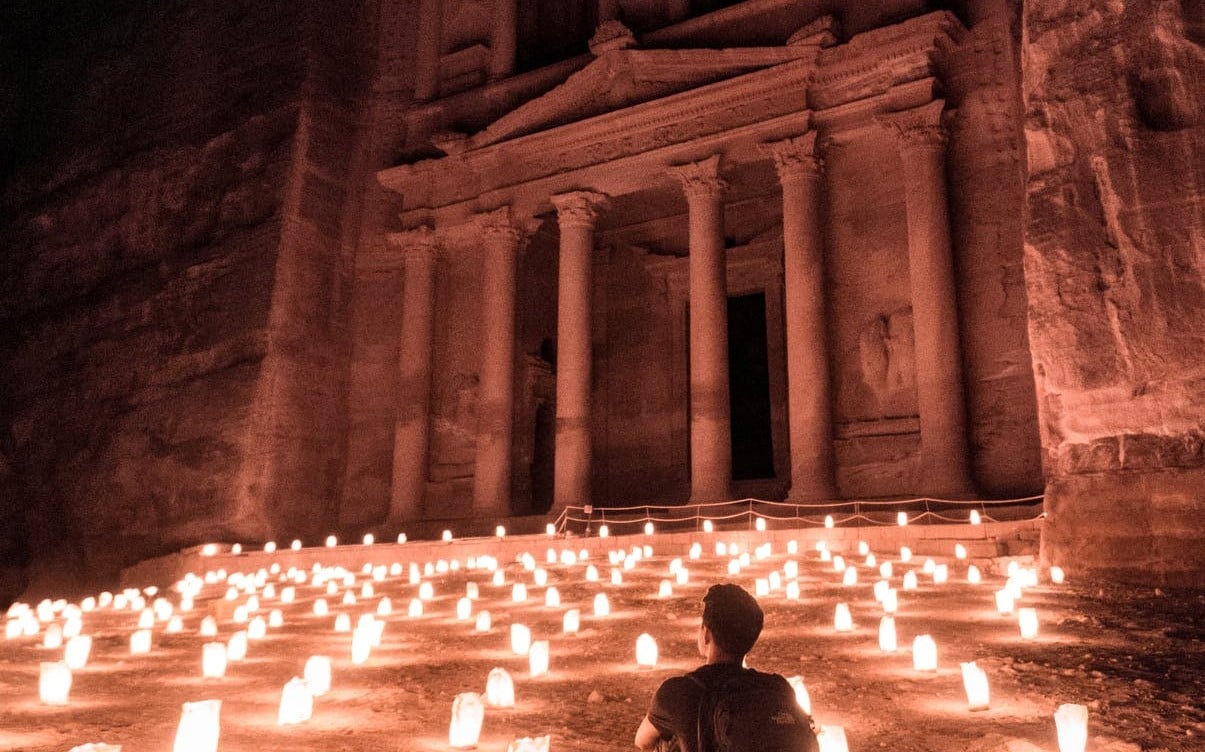 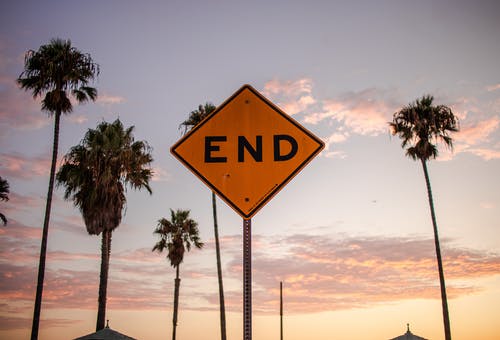